Pretty sure the ER500 is a nice fit

Z650 not thou - but this is an Aprilia SR50/BMW F800 etc. Tucks in neatly but you will need a bespoke mount for it Why do I persist in debating with idiots ? I really should know better

Charlie wrote:Z650 not thou - but this is an Aprilia SR50/BMW F800 etc. Tucks in neatly but you will need a bespoke mount for it

It seems my hosting site is temporarily down. This is a close up of the tail light hosted on a different site until that first one comes back up 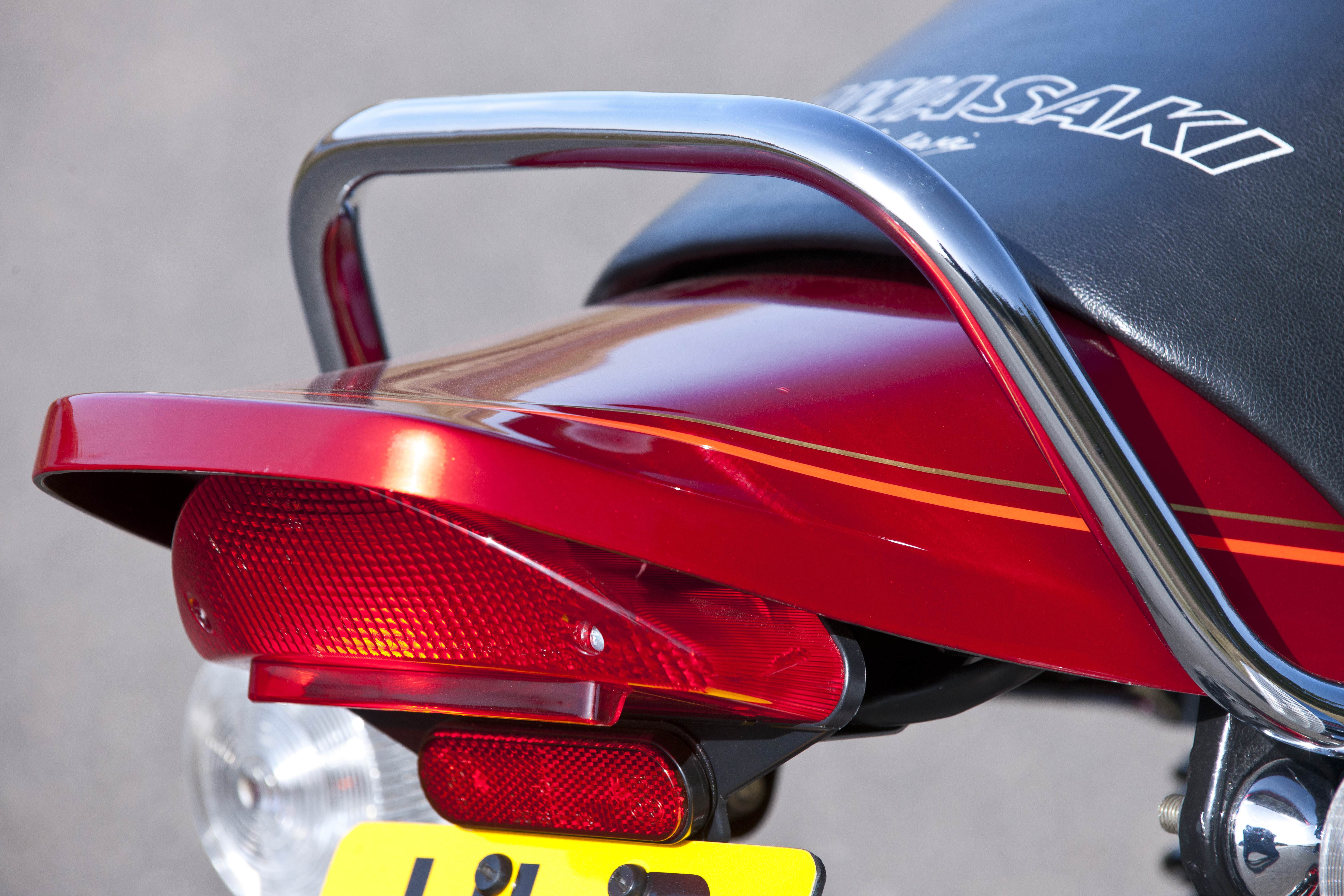 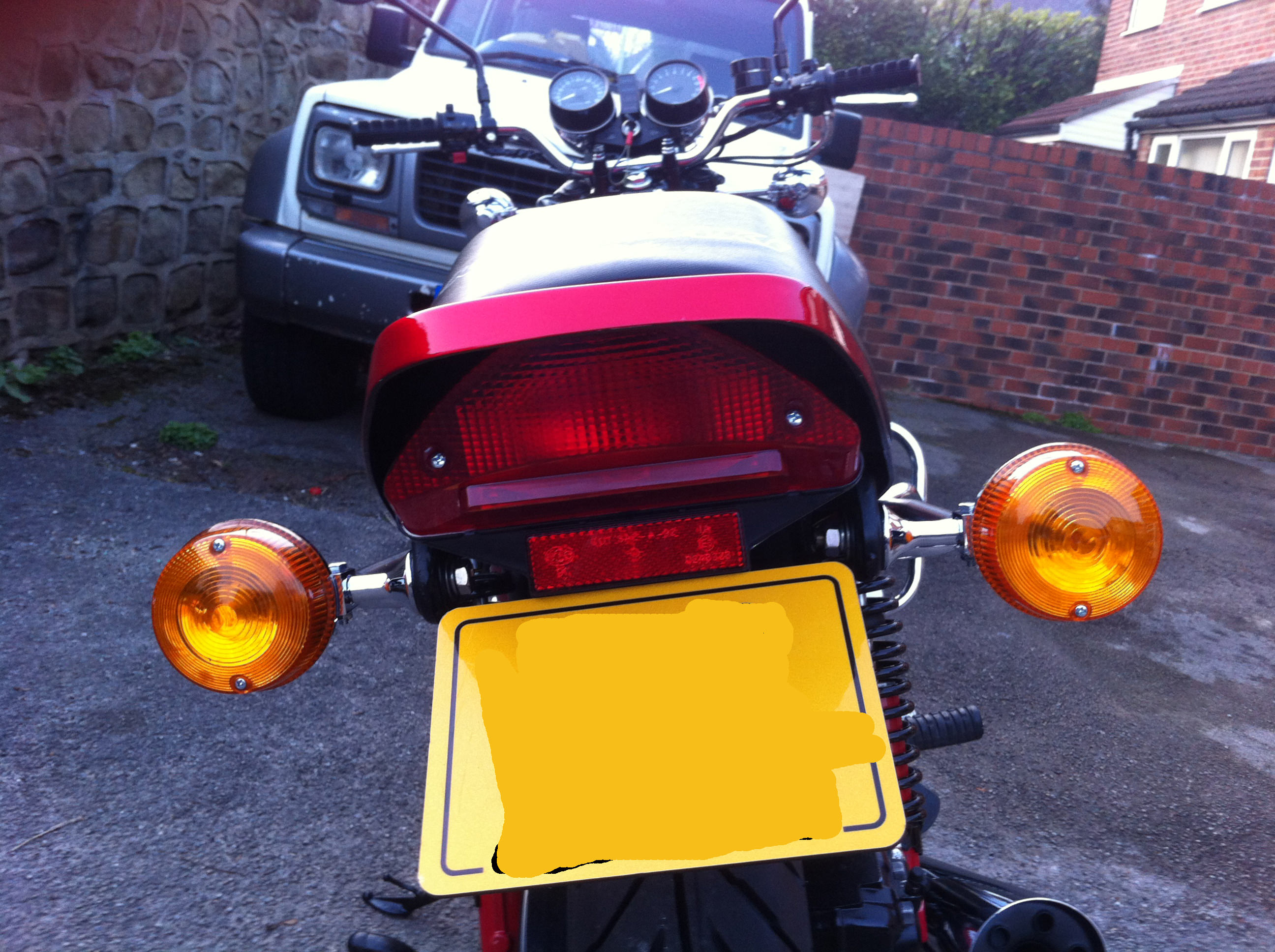 I have since removed the reflector to tuck the plate in better.

This is the type of light - it actually fits loads of motorcycles, but if you choose the BMW option, you pay 4 times the price

This is my mount - or the beginnings thereof lol, before I made the holes and cutouts for the light bulbholder - yours would need a different shape on the thou 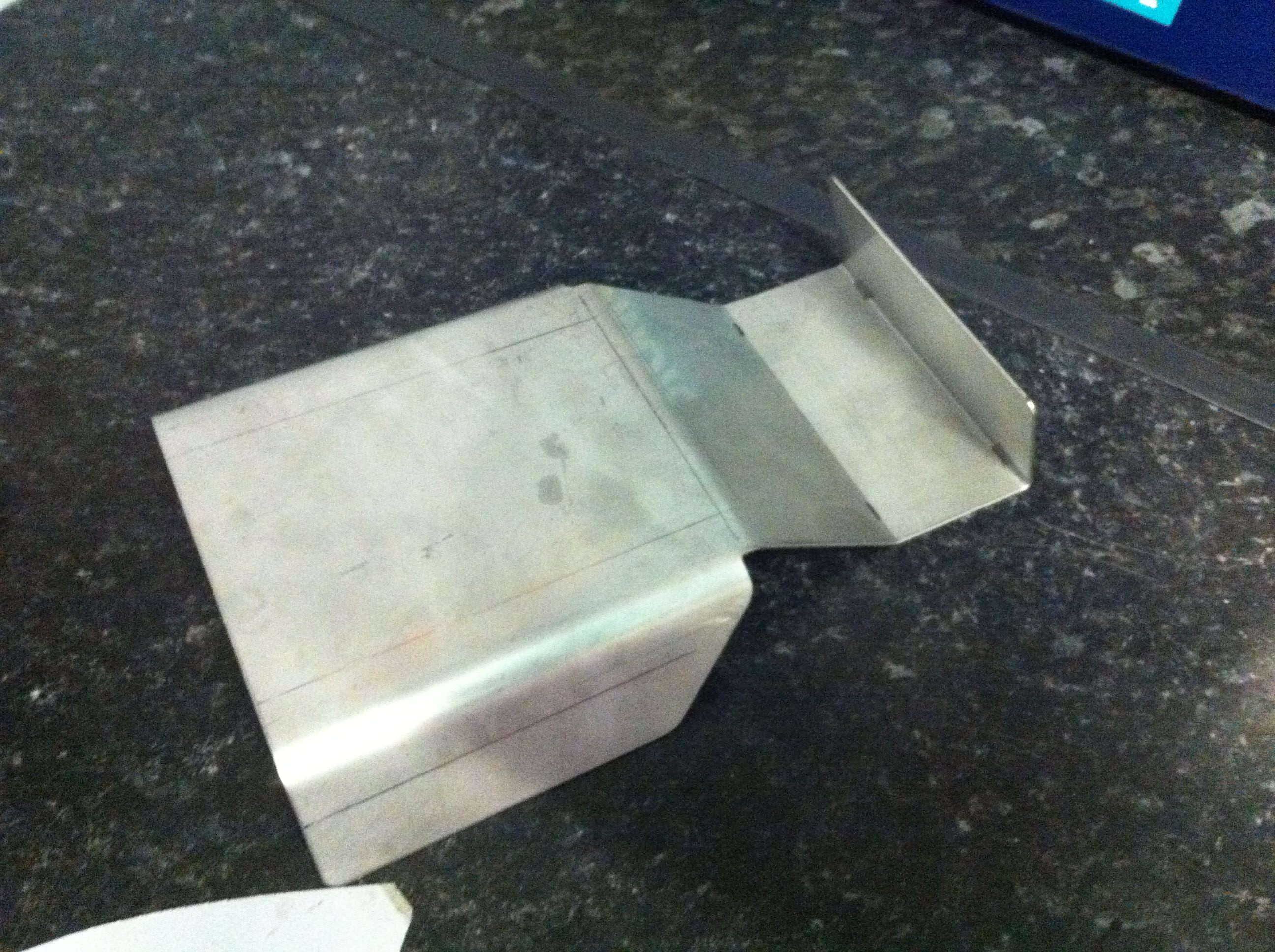 I have schematics for that mount (its only Z650 mind) if anyone needs 'em - just message me
Why do I persist in debating with idiots ? I really should know better

As an aside.... in the '90's I rode around on a green Kz1000 with an aftermarket catseye rear light. I liked the look at the time..... ebay and many other places still sell 'em so I'm sure most will know what I mean.
It was bolted into a homemade tail tidy of cut and bent ally plate of my own fair bodging... worked mostly, although I do remember Mk I falling to bits in Hampshire and a redesigned replacement was needed. Think I still have a bit of that road sign somewhere

In the late 70's, my underseat tail light mount was made from a bit of Dexion shelving and a separator plate

Experience told me I could do a bit better this time around and I tried all sorts of rear lights before I settled on the Aprilia version.

I had a std square Z650 lamp with red and then with white lenses on the std mudguard mount, then I had it tucked under the seat fairing, then on a Z Power type extendable Z900 mount/fender eliminator.

A round KH/Z900 style, again with red and then with white lenses on the same Z Power mount came next......

.... then a GPZ600R tail light on a home made mount, then twin square and then twin round custom type rear lights on chrome mounts.

All were OK but never quite hit the spot for me.

.....but then I got talking to a clever French guy online who had used the 'prila setup that I have on now. He created the mounting bracket schematics I used to get a stainless steel mounting cut and formed, then polished and its been on there since.

If I were the entrepreneur type, I would shove a few into production ( although I would use ali not stainless next time)

but I am not, I am too comfortable I s'pose - that's the problem and likely why I am not rich 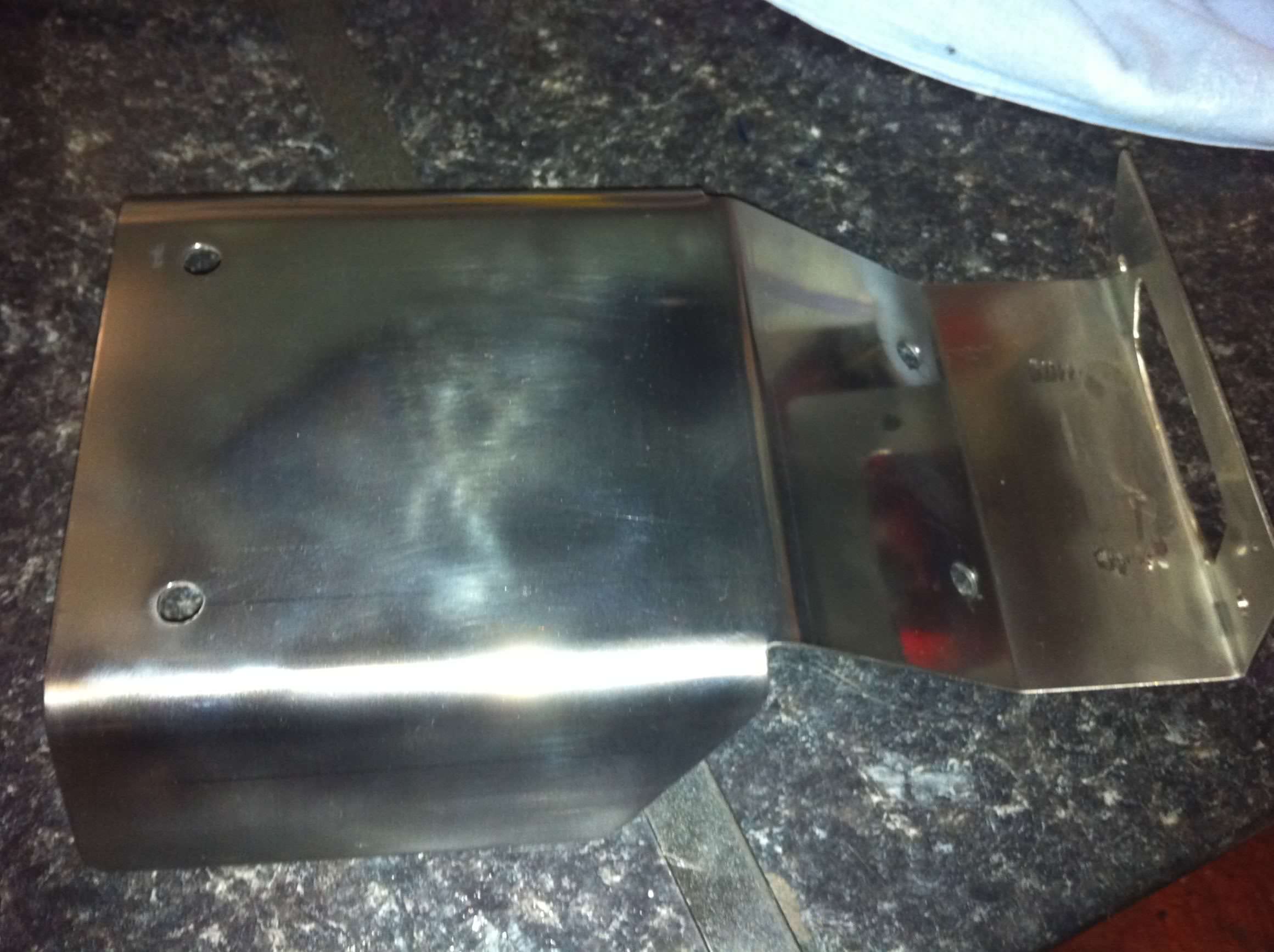 Why do I persist in debating with idiots ? I really should know better

I personally think the original zed light is a classic and part of the essential z look, and should be retained or used where possible plus it’s got a built in reflector. Unlike the fugly square ‘76 on light....
Top
Post Reply
12 posts • Page 1 of 1

Users browsing this forum: No registered users and 6 guests